What is the American Dream today?

What is the American Dream today? 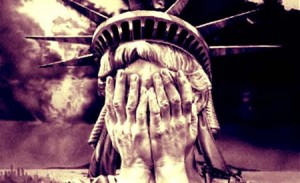 Throughout the years, the American Dream was said to be that “if you are willing to work hard, you can be successful and build a good life for you and your family.” But is that still true today?

Wikipedia describes the American Dream as “a national ethos of the United States, a set of ideals in which freedom includes the opportunity for success, and an upward social mobility achieved through hard work.”

Unfortunately, there are many who either think the American Dream is out of reach or is dead. In a recent telephone poll conducted by ORC International, a stunning 59% of respondents agreed with the statement, “The American dream has become impossible for most people to achieve.”

I recently sat down for an interview with Jenny Anchondo on Fox 4 Good Day in Dallas to discuss the American Dream and how it has evolved over the years. One thing I pointed out in the interview is more people today are concerned with financial independence rather than the traditional concept of owning a home and other material things.

Is the American Dream Dead?

Being the eternal optimist, I was quite concerned by the number of people I discovered while researching for the interview who believe the American Dream is dead or out of reach. Nancy F said, “The American Dream used to be a home in the suburbs, a good job, and raising your family. Now we have been relegated to survival mode.” Chris M said, “If I can make it to the end of my life without having to live out of a shopping cart, I’ll call it a success. I’m honestly not joking and I have a law degree.“

John M said on Facebook, “To me, there isn’t much of one. After three years out of work, I’m just focused on survival. Got no time or money for dreams.” Steve V also commented, “The American Dream now means to simply have a job and to be out of debt. Simple as that.“

What happened? I know the world is crazy right now, but historically, Americans have remained optimistic and determined in spite of what was going on either here or abroad. What makes now different than other periods in history?

To me, “Living the American Dream” isn’t about keeping up with the Jones. It’s about working hard to build a rich and vibrant life full of friends and family.

What is your view of the American Dream? Is it dead? Is it out of reach? Is it alive and well, or maybe somewhere in between? Join the conversation on Facebook and share your thoughts.