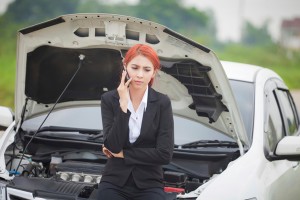 Anemic growth barely hovering above zero in the first quarter of 2014 exposed the depths of a lingering and persistently weak U.S. economy. Gross Domestic Product edged up by a scant 0.1 percent, the slackest pace of growth since late 2012.

New Factory Orders gained just 1.1 percent in March, missing expectations of a bounce from a 1.5 percent rise in February. Wages were flat in April compared to March, with the average hourly wage for private sector workers settling at $24.31—a 1.9 percent from April 2013. The average workweek at 34.5 hours was also unchanged from March, though it was up slightly from April 2013.

Consumers have been opening their wallets wider, with spending up some 3 percent. But exports plunged 7. 6 percent and business spending on new equipment—keys to job and productivity growth— was off 5.5 percent. Many believe these indicators suggest a stock market plunge coupled with a recession is in the offing.

In fact, the recent stock market highs are almost solely due to persistent pumping by the Federal Reserve. The Fed has been printing money at an unprecedented rate to keep interest rates artificially low and the economy limping. One of the few places investors can park money with any rate of return has been the stock market. And like all such Fed-driven bubbles, this one will eventually rupture.

Then came the latest jobs report. The U.S. unemployment rate tumbled to 6.3 percent in April from 6.7 percent in March, adding 288,000 jobs. That marks the lowest level since the collapse of Lehman Bros. in September 2008. It’s also the largest one-month jobless rate drop in three years.

Of the 8.7 million jobs that vaporized after the 2008 recession struck, the recovering economy still remains 1.2 million jobs short. More worrisome: consumer spending on durable goods has dropped 3.23 percent since November 2013; and major retailers are closing stores at the fastest rate since the depths of the last recession.

Add to this is the deceptive level of cash reserves held by corporations. While companies do have record cash reserves, they also have record debt. In fact, corporate debt is at record levels. Debt servicing costs could further rattle the economy as it stalls and erodes the stock market.

The labor market remains sluggish. The jobless rate is still historically high. Job creation is anemic. Economic growth is barely perceptible. And asset performance has been sluggish globally—virtually across the board.

Do these shaky fundamentals suggest it is time to rethink your overall investment strategy? Contact us at (972) 473-4700 to find out how you can structure a hedge against this mounting uncertainty.