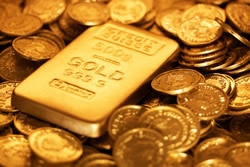 “The broad rout in commodities and stocks seen in recent sessions has been triggered by weak data from China and the United States that have sparked fresh concerns about the strength of the global economy’s recovery.”

“Weak data from China triggered the latest slide, after the country’s economic growth rate fell unexpectedly to 7.7 percent in the first quarter putting weight on the markets. The growth was lower than market expectations for an 8.0 percent expansion, frustrating investor hopes and raising doubts about the global economy.”

In an excellent article today by Stephen Bartholomeusz titled “A gold pointer to more market corrections”, he explains:

“It has been evident within the minutes of the US Federal Reserve Board’s open market committee that its members have been increasingly focused on the risks associated with the Fed’s unconventional monetary policy. The implosion in the gold price over the past week and the spreading volatility in other markets suggest those risks might have materialised earlier than the members anticipated.

The Fed’s purchases of $US85 billion of bonds and mortgages each month as part of its now long-standing quantitative easing program has kept US interest rates at negligible levels, as it intended. It has also forced investors into a pursuit of higher-returning and higher-risk assets, which was also intended as the Fed seeks to promote some growth in the US economy.

The program, however, may have been too successful.”

So, is now the time to sell your gold? You just might want to hold off on that. The coming days could be quite telling for the gold and commodity markets. Stay tuned for more…