Irrational exuberance. This is the term former Federal Reserve Board Chairman Alan Greenspan used to describe the stock market on December 5, 1996. It was a period when investors had seemingly lost all sanity. Few heeded his warning. Three years later, stock markets worldwide crashed, eventually wiping out $5 trillion in value, primarily in technology companies.

Enter 2014. On June 25, the Commerce Department announced the U.S. economy shrank by -2.9 percent. This is not only the worst GDP pace for the same three-month period since 2009, it marked the steepest downward revision from second revision estimates since records began in 1976. The announcement was preceded by a dip in consumer confidence. According to Gallop, fully 58 percent of Americans say the economy is getting worse.

Investors reacted the way any rational market system would react in the wake of bad news: they went full bull. The Dow Jones Industrial average surged 49 points, while the S&P ticked up 9.5. How’s that for common sense jubilance?

“The market is fixing to throw a hissy fit of biblical proportions,” says former Reagan Budget Director David Stockman in a recent interview. “It’s only a question of when, and the catalyst.”

Stockman bases his assessment on a number of factors. We have a lunatic monetary policy. The boys and girls on Wall Street are addicted to monetary heroin. Fed priming is causing waves of distortions, bubbles, and instability. Federal Reserve Chair Janet Yellen is a self-certified member of the bubble blind, telling the Financial Crisis Inquiry Commission in 2010 that she didn’t see the housing bubble until it collapsed. Is a crash inevitable? 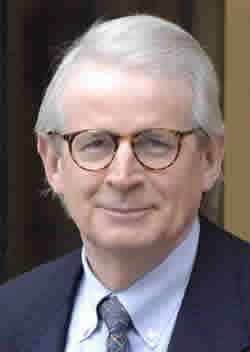 What is the true value of the market? It’s way below what it is today, says Stockman. It’s trading at 19 times trailing reported earnings—exactly where it was in October 2007, before the most recent crash. Stockman anticipates a “black swan event,” or an unexpected phenomenon of large magnitude and consequence that will unravel the financial system. And the Fed’s money printing reflex will not stop the carnage.

There’s little doubt the Federal Reserve has fallen prey to the politics of crony capitalism, and the ideologies of monetary central planning, fiscal stimulus, and endless bailouts. Markets have essentially become investment casinos stacked against small investors, siphoning money from the masses to fatten earnings of the connected few.

What’s a small investor to do? Contact us. Discover the alternatives.